Between 2019 and 2020 I developed some websites and landing pages with Filmelier, a curatorial platform and news about Cinema. Among them, I highlight the releases of the documentary Spaceship Earth and the movie Em Prova: Amiga do Inimigo, both available on streaming platforms like Netflix and Amazon Prime Video. I also highlight the Star Wars Saga page, which was developed for the release of Star Wars: The Rise of Skywalker movie.

Spaceship Earth
The objective was to create the official documentary page in Brazil. This website is being used to capture the audience interested in the premiere and also as a support in the negotiation of the film's exhibition rights.We use integration between Weblfow and Mailchimp to manage the Leads received and trigger automatic emails. 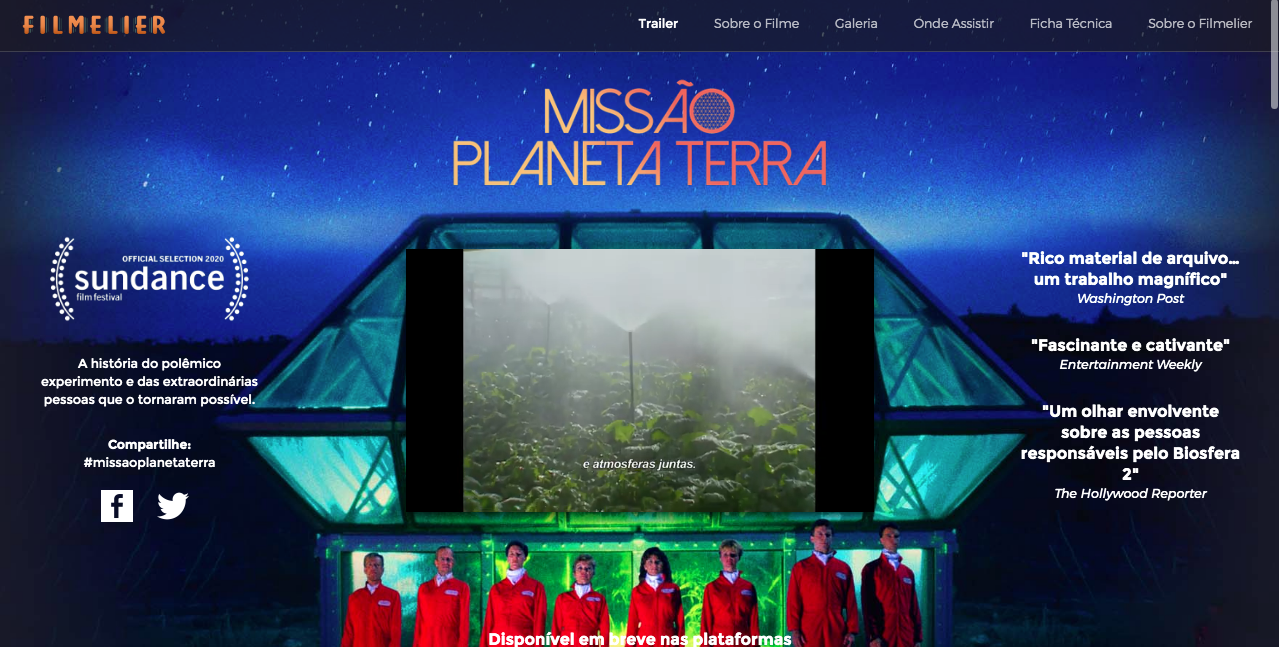 Star Wars Saga
This website was created to take advantage of the hype of the launch of the movie Star Wars: The Rise of Skywalker and encourage the user's curiosity to understand more about the saga and watch or re-watch the films. In the chronology are presented all the films of the saga and the respective links to the pages of each film in the Filmelier. Once at the Filmelier, the user can watch the trailer, read the synopsis, the review, and where to watch it. 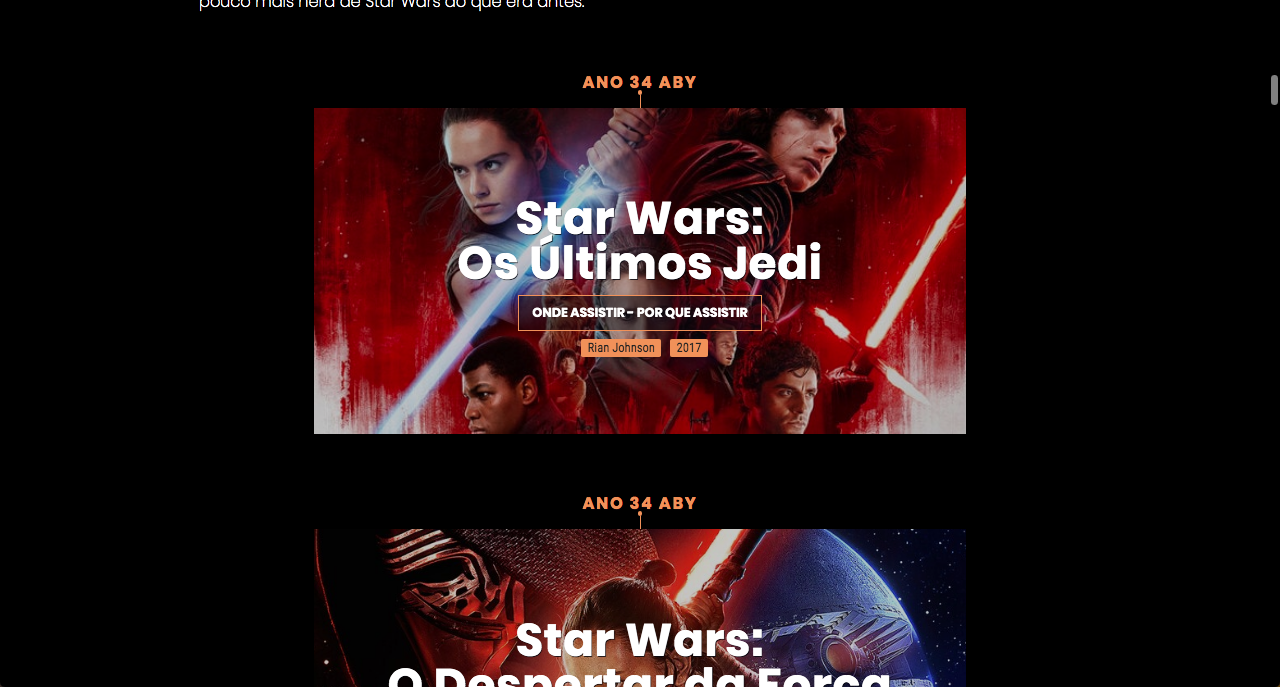 Em Prova: Amiga do inimigo
‍ViihTube is a Brazilian YouTuber with more than 10 million followers who watch your series. In the year 2020, she starred in the first film. The need at first was to create a website to publicize the release of the film and attract interested audiences. At the current stage, the page aggregates all links to the streaming platforms, trailer, photo gallery and web series that gave rise to the film. The film was Top 1 on Netflix and follows great sales success in streaming platforms. 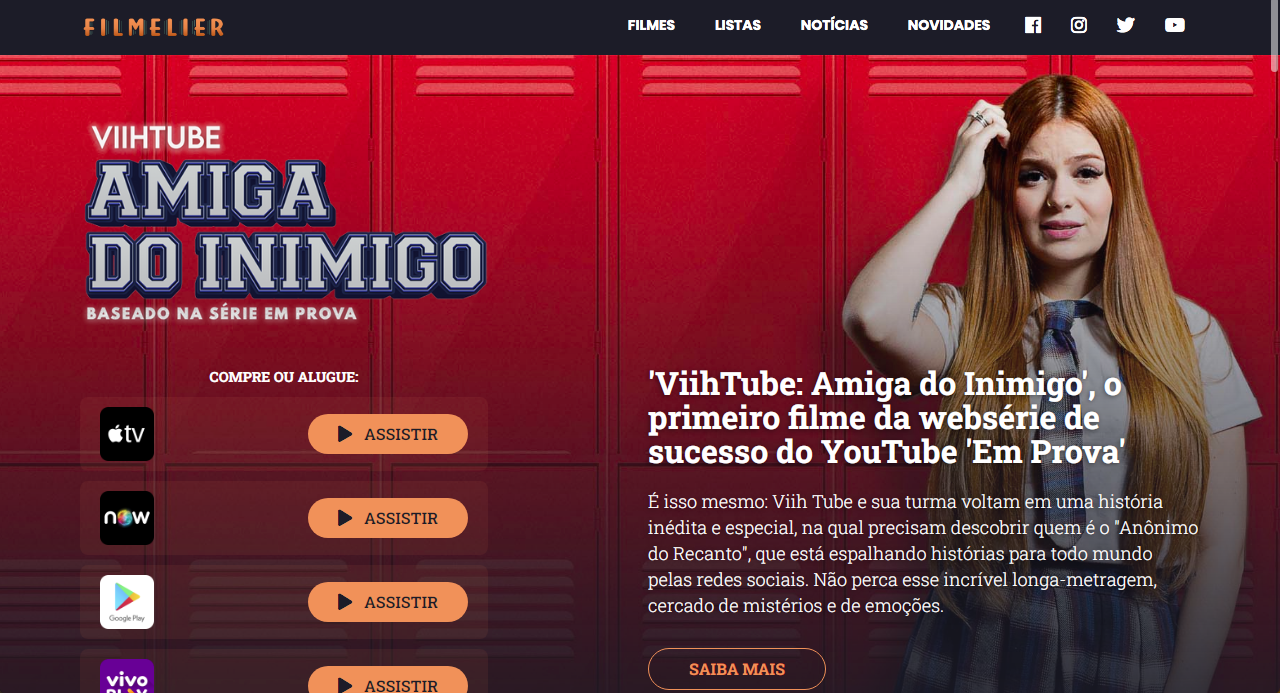 If you're interested in working together, or just saying hello, please reach out!
carlostoledodesign@gmail.com
+55 19 999318777

If you're interested in working together, or just saying hello use the fields bellow. I will answer as soon as possible.

Thank you! Your submission has been received!
Oops! Something went wrong while submitting the form.
x